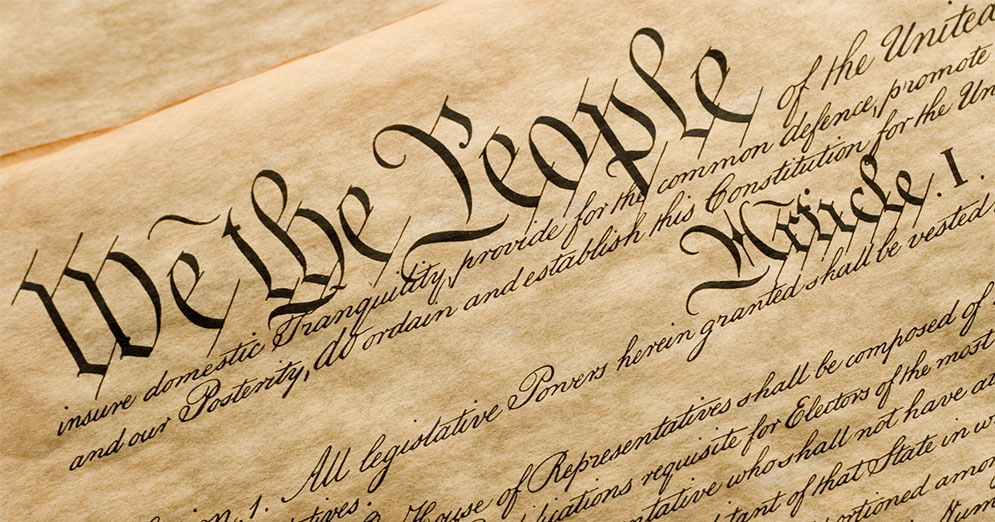 Dear We The People:


Would you EVER let your kids, subordinates, or your employees continually parade problems in front of you without the expectation that someone needs to start parading some ANSWERS? Would you ever sentence your spouse to listening to you whine about ANYTHING day after day without answers? NO!


So why would we let the GOP or any herald against the EVIL of the left lecture us about how bad things are for one more second, without some freaking ANSWERS!


The #democrats have countless volunteers for the madness they have planned for us! So what’s up with our cause?


Here's the answer: Not ANOTHER DEMOCRAT! (aka #NotAnotherDemocrat)


We think the action-items on everyone's list should be:


Challenge Democrats in EVERY ELECTION. I don't care if there are two Republicans in your district. Challenge them. IF DOG Catcher is an elected office, run against them!


Bring your best person to the task. Pressure your best man or woman in your community to STOP what they're doing and run for public office; school board, coroner, city council, county board, mayor, highway super, state senate, state legislature, governor, congressman, senator! Challenge them all with your best person.


Take your personal budget for discretionary spending, leading up to the 2022 elections and every election hereafter. Till then, be your own super Political Action Committee. How? It's simple. Go to the courthouse in your county, register your name as a P.A.C. (consult your election commission beforehand), and once you're official, buy ads against democrats. Buy FB ads, buy Google ads, buy one liners in your newspaper, post it on social media and then pay to have your post paraded in front of as many people as possible. Democrats can't compete against your facts, with what they did to this country! So, start telling people that. EVERYWHERE!


Organize a group of friends and find a billboard somewhere. Put a billboard up: #NotAnotherDemocrat.


Show up at EVERY public meeting and shut down the Democrats. Make them ashamed. Turn EVERYTHING they say into shame. Don't let them say ONE word without giving account for their actions. IF they give a right answer, demand it in writing. Tell them to give you a letter of resignation effective the day they break their promise. Tell them, "IF you are going to fix that, then you shouldn't be a Democrat."


Turn up the heat. Organize. Meet in your homes. Meet at the library. Meet, meet, meet... At least once a week. Hold each other accountable. "What have you done to spread the word?" If you have someone there who isn't doing anything, have them donate. If they don't want to do either, then just "drive past them". Set participation as an expectation. "If you are here, we are going to put you to work. If you aren't going to work, then we need your money. If you aren't willing to do either, then go be a DEMOCRAT."


Activate your long forgotten FACEBOOK account. Log back in or create one. Start sharing memes, stories of elected officials getting things done. Post about how DEMOCRATS are toxic to this country. Especially show how even the good Democrats (and there are some) need to feel the heat. We are NOT happy with the National Party (DNC) and this has got to stop. Show them no quarter. This needs to be a "all hands on deck" rally cry. NOT ANOTHER DEMOCRAT!


Send your GOP conservative elected officials your stories of how Democrats are ruining your life. IF you paid $30 for a 1-pound steak, you should already be writing them. Write your GOP officials and TELL THEM you want ANSWERS and NOT complaints. No more writing about Mrs. Angus'es patriotic moment in 1943. As important as Mrs. Angus is, NO MORE! If your GOP rep sends you one more update where they aren't telling you what they ACCOMPLISHED to unseat DEMOCRATS, then you're writing them back telling them respectfully to shut up about this! You WANT answers, no more whining about what Nancy is up to. We all agree they are the devil. We don't need another example. What are you DOING about it?


Get in front of every news camera you can find. IF YOU SEE a news reporter on the scene at anything (other than a house fire or an accident... you get the point) then you dive into the shot and start shouting "NOT ANOTHER DEMOCRAT". It's simple. It's easy to say, and it means something. We need to send a message that the American people know what playing fair and by the rules is, but the DNC has picked another path. We need to burn into EVERYONE's conscience that this will not go unanswered.


Bring your "pain" to the college board of trustee's attention. The left's heavy-weights. No longer will their activities be done in darkness. They will see the light of day. Start posting about what their professors are doing. Be your own network detective. Shed light on how they are poisoning the minds of students. Turn up the heat.


Demand answers and accountability. Keep track of those answers and make sure they keep their word. Find out how they count the votes, how the votes are tabulated up to election officials. How the votes are certified. Who is responsible for certifying the vote? How are the votes accounted for in transit? What are the channels by which votes can enter the system? Make sure you know all this. Be a credible source of information on what the GOP is doing to fix things.


Every week from now until the election, you educate yourself about local, state and national issues. Be a credible voice and help the non-democratic candidates in your area stay informed on what they should be fixing. Organize, organize, organize...

Be a positive force in your community. When you are not helping spread the message, you are going out and advocating. The Democrats showed us one thing in 2020, it's a lot easier to oppose something than to run for something. It's time to oppose! But it's also time to volunteer.


If you have a local group that meets and it's full of Democrat wokesters and virtue signalers. Volunteer for that group. If they vote for their leadership, then do what they do even better than what that group is currently doing and vote out the Democrat leadership of that organization, whatever that organization is.


If there isn't something here that you can find for yourself to do, then think of something! Don't sit on your hands. I switched all my social media profiles to talk about how NotAnotherDemocrat is the main thing. I've built this website. I write about this every waking hour, and when someone makes the mistake of talking to me for more than two minutes, I am challenging them on who they're voting for and why.


I volunteered for local elected office and got elected. Every chance I get, I do what I can. Plus, I donate to causes I believe in, with the #NotAnotherDemocrat mention. My plans are to promote this website to all four corners of this country and to make it known that this is where we have to take it.