The Democrats Hate YOU 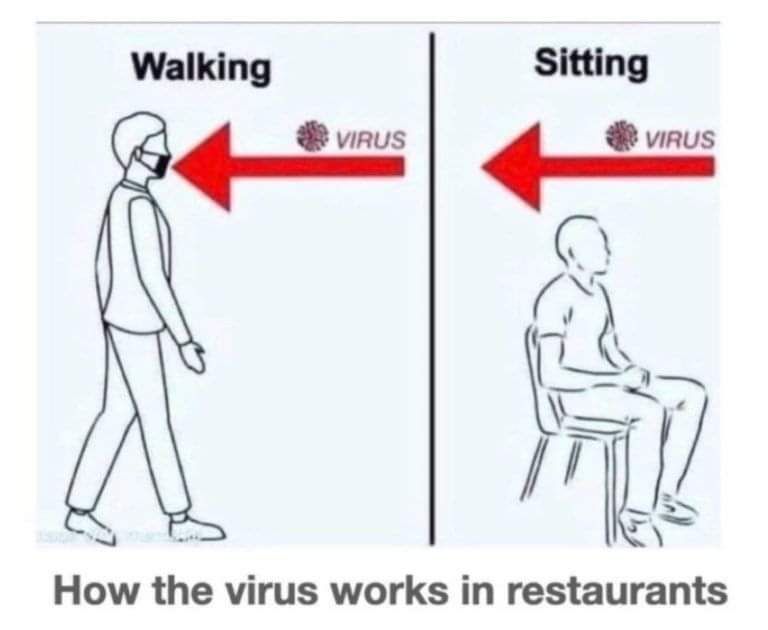 This isn't hyperbolie. They really hate you!

Why do you say that, DAVE, you sound like a Karen...

Fair enough, so hear me out, I will try to quench my inner Karen.

Author Jo Nova. A science presenter, writer, speaker & former TV host; author of The Skeptic's Handbook (over 200,000 copies distributed & available in 15 languages). Via Andre Ragnauth, M.Phil., Ph.D., formerly a Professor of Neuropsychology at Queen's College in New York, currently a CEO of Big Apple Bio-Tech forwarded the following article on LinkedIn, October 23rd, 2021. I am going to quote it, unedited, word for word, to preserve it's content and more importantly, to ensure it's information stays publicly available. I was unable to reach Dr. Ragnauth for permission and he doesn't endorse this website. However, since I am giving him full credit for the article and I don't make money off of reproducing this article, reporting on it's contents and pointing out the news worthiness of what Dr. Ragnauth examines, is an exercise of a free press and not in violation of any copy-right.

Here is the full article: Indonesia cut Covid by 98% with Ivermectin while Australia grew cases 500% with Lock-n-Vax « JoNova (joannenova.com.au)

Out of respect for the author, Jo Nova, we will also refer you to the full article, with the data in the link above.

When we last looked at Indonesia their massive wave in Covid cases had just peaked after ivermectin was approved again on July 15th. Since then the cases have dropped from 50,000 a day to about 900. On a per capita basis today Indonesia is managing Covid about ten times better than Australia

Remember the reason for the Indonesian surge. In June, they had a controlled rolling caseload of 5,000 a day. It was not rising thanks to a philanthropist called Haryoseno who had been arranging for ivermectin supplies at low cost to help people. But in a fit of modern-medicine, in line with the deadly WHO recommendations, the Indonesian government banned ivermectin on June 12th

Cases took off. Mayhem ensued. And about 90,000 people died in the following surge

By early July the anti-parasitic drug ivermectin was hot property in Indonesia, even if it was banned. A number of high-ranking politicians championed it, and people were flocking to buy it

“ Indonesians have ignored health warnings to stock up on a “miracle cure” for COVID-19 backed by leading politicians and social media influencers, as an out-of-control virus surge sweeps the country.”

By July 15th the Indonesian government relented, and BPOM approved Ivermectin as Covid-19 Therapeutic Drug. By July 18th new daily cases peaked across Indonesia and now they are lower than they were before. During the surge, at least two million Indonesians were infected

Indonesians were searching for ivermectin in early July. The average Indonesian apparently knows more about treating Covid than our Minister of Health. More even than our Chief Medical Officer

Australia, on the other hand, decided to vaccinate 15 million people or 70% of the entire population and still has twice as many cases as Indonesia does — even though Indonesia has ten times as many people and only one third of the government revenue

The Australian TGA committee banned ivermectin on Sept 11th, by the way, possibly to make sure we didn’t accidentally eliminate Covid, or Pfizer’s third quarter profits. Who can tell?

That lockdown-and-vax plan and the roadmap to freedom doesn’t seem to be working too well. In Australia billions of dollars were burnt at the stake, not to mention the health risks of using experimental prophylactics, while Indonesia reduced Covid cases by 98% for about point-one percent of the cost and the main side effects were the deaths of worms, lice and bed bugs

If Gladys had just dished out the Ivermectin — Uttar Pradesh style — on July 5th, the outbreak would have been over in a few weeks

Now I am going to speak to why the Democrats hate you.

Who's firing people for not taking the vaccine? The Democrats.

Who's shutting down our economy to "stop the spread" with masks that don't work and a vaccine that is still experimental, and by the above data, does worse than a common medication that's been around for decades?

Who is pushing to shove this vaccine into the veins of your children, younger than 12?

Who is telling parents they don't know what's good for their own children? Again using the vaccine and COVID-19 as their excuse?

Who has been uplifting Dr. Fauci as the only authority on what society should do in response to COVID-19, yet this same doctor lied to congress about the source of the virus?

Who is still promoting Dr. Fauci, all the while knowing full well COVID-19 was a result of a bio-weapons research project, funded by the WHO and US Tax Dollars, that just so happened to infect the world in time to "un-elect" Donald Trump?

Who is ignoring the science behind Ivermectin, which is cheap, easy to manufacture and will save lives, in favor of Democrat donors like Fiszer and Maderno making billions off of a vaccine?

All this, while watching infection rates rise in countries buying what the Democrats are selling. Knowing what pain, suffering and death it is bringing to millions of households across the globe. Democrats know what will stop or dramatically lower the spread. Democrats are actively working to increase the likelihood of the spread by promoting measures that DON'T work.

To what end? I can only think of one reason. They HATE people who aren't Democrats? More often than not. However, it's more than that. They HATE people because the elites who run the party, are using them to HATE anyone they deem unworthy to breath free air - Democrat or non-Democrat, doesn't matter.