What every NRA Member could support, but Democrats wont. 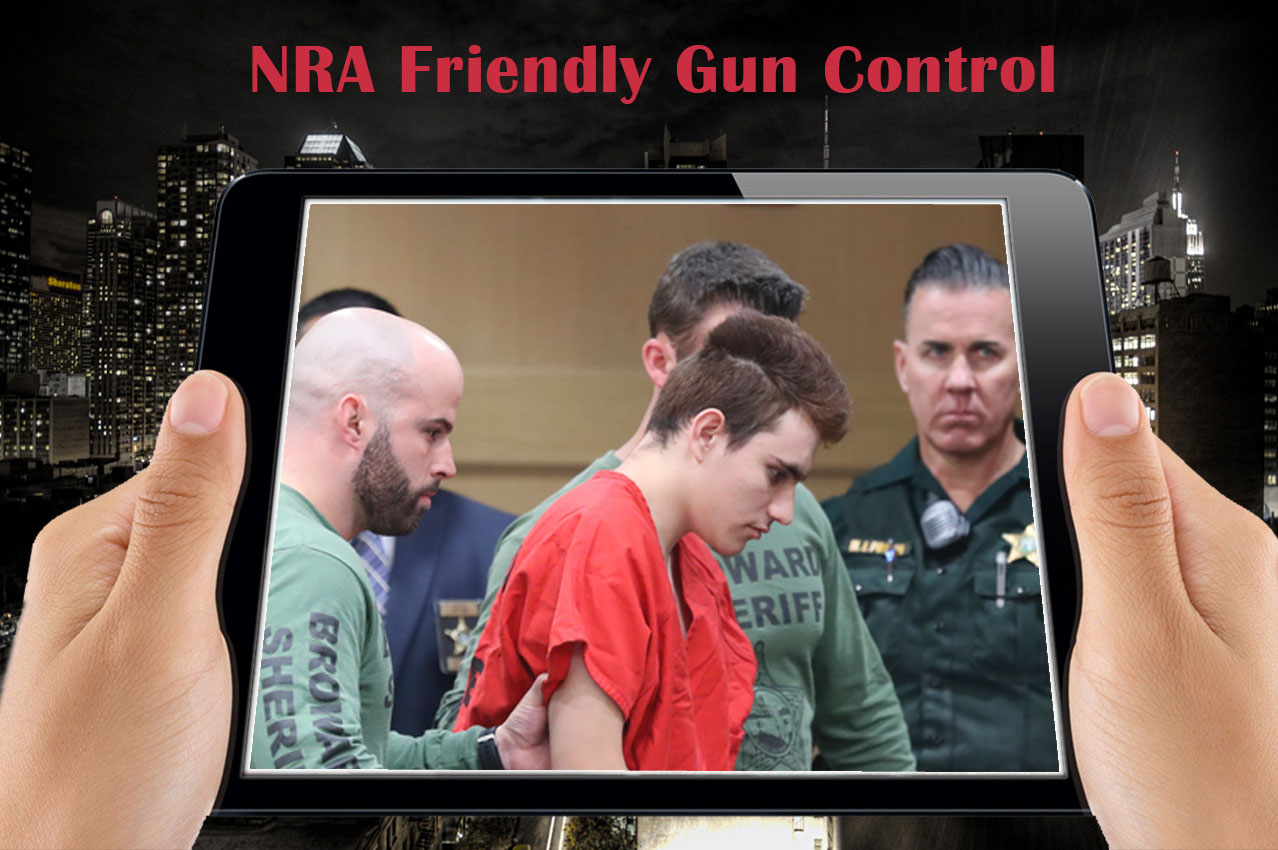 MOST comprehensive gun control laws Democrats propose grant more power to the STATE than to individuals; even though the overwhelming majority of gun-owners in this country own them legally and operate them safely.

Their assumption is, that if government can control something, it will work better for everyone. They offer up examples like Japan and Iceland, both countries being models of low gun violence as something the USA should strive for.

Japan and Iceland both have extremely low firearm related homicides per capita. Japan at 0.06 per 100,000 and Iceland at 0.07. While these stats are very similar, it is interesting to note that Japan has a population density of 340.8 persons per square kilometer, vs Iceland at 3 per square kilometer. So why such low gun crime? I contend it's a combination of strict gun regulation and specific gun crime deterrents. In Japan, gun ownership is restricted to the government, and some select citizens who go through rigorous vetting. If you commit a crime using a firearm, in Japan, the punishments are severe. For example, using a firearm to commit a murder means death by hanging. In Iceland, were most people in Iceland have firearms (1 in 3 households) the deterrent is that it is likely you would encounter an armed citizen. Making crimes with firearms less likely to produce a low-risk high reward scenario.

In the Iceland model, MOST comprehensive gun violence laws conservatives propose, remove power from the STATE to regulate the ownership and operation of firearms. Instead, conservatives point out the reality that guns are here to stay, and the cops can't be everywhere all the time; so, we protect ourselves by training, education and promoting a gun safety tradition.

In the Japanese model. Some of their gun-laws are geared towards controlling who gets to have them. However, if you let people have their own guns, then China would never launch a land war against your island, and since you kept the very strict gun laws pertaining to their miss-use, you retain the deterrent.

Remember, government decided to get out of the mental health business a long time ago; AND our society has no practical means of screening people for personality disorders, prior to allowing them to be in possession of a firearm. If you read the USA Today article written about the Highland Park Illinois shooter, it is openly noted that in spite of all of Illinios strict gun regulations, a 21 year mentally ill man was able to get his firearms permit and purchase the firearm he used in the shooting.

So, while we continue to perfect our various social controls, to lower the instances of violent people using guns to harm others; I have a proposal. It would be as easy as enacting a law. Let me explain:

PUNISHING VIOLENT CRIMINALS WHO USE GUNS

What do I mean by "PUNISHING" violent gun-toting criminals? I mean just what it says I mean. If you use or are in possession of a gun, while committing a crime, you fall into a special class of criminal who needs a special class of consequence. Discouraging reckless or criminal gun use by punishment (not reform), speaks the same language as the criminals who use firearms. If you harm someone with a firearm, then society wants to punish you severely enough where you never ever do that again.

101.a - Firearm. A mechanical device that can cause a projectile to accelerate along a predictable path, capable of penetrating human tissue more than 10cm, using a chemical or electromagnetic accelerant.
101.b - Possession. A person possesses a firearm if they have physical access to said device or physical control of that device, with the ability of using that device in a manner for which it was designed.
101.c - Discharge. A person discharges a firearm when that person causes the firearm to launch it's projectile beyond the physical confines of the firearm.
101.d - Firearms Trained. A person is considered trained in the use of a firearm if they've undergone instruction from a parent or legal guardian, a certified firearms instructor, or any certified self instruction course offered by recognized gun safety learning management system. In order to be considered "firearms trained" you must have a certificate of completion or a sworn statement of completion dated prior to the offence. Offering a fraudulent completion certificate is the same as not having one and may subject a defendant to a perjury offense as well.
101.e - Prosecutorial Discretion.
101.e.1 - All crimes charged under this section MUST be prosecuted by the STATE, and no plea deals can be reached with the defendant.
101.e.2 - States must provide a rigorous prosecution.
101.e.3 - IF a prosecutor is found to have not made a rigorous prosecution, that prosecutor can immediately be disbarred by the disciplinary board of the bar association or by the supervisory judge at the state level.

200 - Illegal Discharge of a Firearm

300 - Use of Firearms as an Aggravating Multiplier

401.a - This statute is being instituted to increase the certainty of the most severe punishment for anyone using a firearm to commit an assault with a deadly weapon.
401.b - A person is guilty of Aggravated assault with a Deadly Weapon, Firearm Multiplier when a person intentionally injures another person by discharging a firearm - where there is an assurance beyond a reasonable doubt that the projectile from said firearm discharge is the cause of said injury.
401.c - Punishment: A person found guilty of 401.a must serve a mandatory minimum of an additional 15 years in prison and or pay a minimum of a $1,000,000.00 fine, but not more than 25 years in prison and not more than a $2,000,000.00 fine.
401.c.1 - A person who is guilty of 401.a, where more than one person was so injured during a continuous act, must serve a mandatory life sentence, with the possibility of parole in 25 years or at age 90, which ever comes first.
401.c.1.1 - Civil remedy is a concurrent process to the criminal process.
401.b.1.1 - A person can also be found to be civilly liable for punitive damages if, during the course of the trial, it is determined that said 401.a commission was for hire, up to $25,000,000.00 in fines and penalties.
401.b.1.2 - A person can be punished by federal death penalty if found guilty of 401.b.1, where said commission is for hire.
401.c - If it is proven that the defendant found guilty of committing 401.a did so with the intention of causing the death of said injured person(s), the punishment must be life in prison with an eligibility of parole in 35 years.
401.d - If proven that the defendant found guilty of committing 401.a, did so while looting or while participating in a riot,
402 - Assault of a Police Officer, Fireman, EMT or Medical Professional with a Firearm. (heretofore known as a first responder)
402.a - An attempted assault of a first responder with a firearm, man min of 15 years in prison, whether on or off duty, regardless of the person's ignorance of that victim's official status.
403 - Assault of a Criminal Justice Official (sic. Judge, Juror, Attorney, Court Officer, Clerk...)
403.a - An attempted assault of any criminal justice official with a firearm, while they are in the performance of their duties, is a man min of 15 years in prison. Knowledge of their official status is not a defense to the crime.
404 - Firearms Trained
404.a - Being firearms trained or not, all persons are barred from offering an affirmative defense to any charge in this section.

500. Assaulting anyone while you have a firearm in your possession, is a man min of 15 years. Using the firearm in that assault is a mandatory minimum of 20 years.

600. Assaulting anyone with a firearm, causing grievous bodily injury not resulting in death, man min is 25 years in prison.

800. 1st Degree Murder with a firearm, is either man life without parole or death by firing squad.

900. Multiple murder with a firearm, will result in a mandatory federal death sentence.

1000. Mass murder with a firearm, will result in a mandatory federal death sentence, expedited appeals process, and sentence to be carried out within 5 years of a finding of guilty.

My point is, if you make a firearm the last thing a criminal wants to use to commit a crime, the good guys win. #law #police #firearms