The FBI’s Efforts to Influence Elections
Article by Terry Terhune 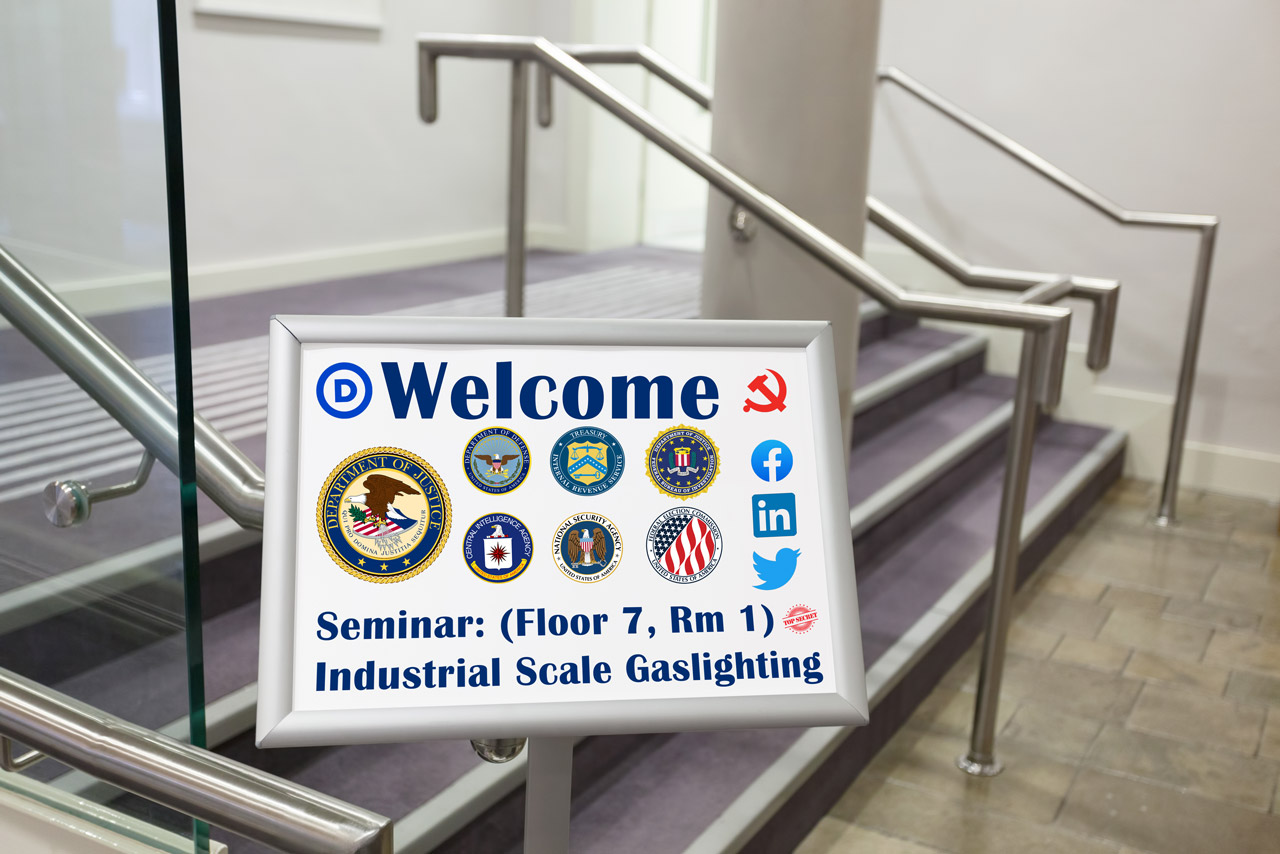 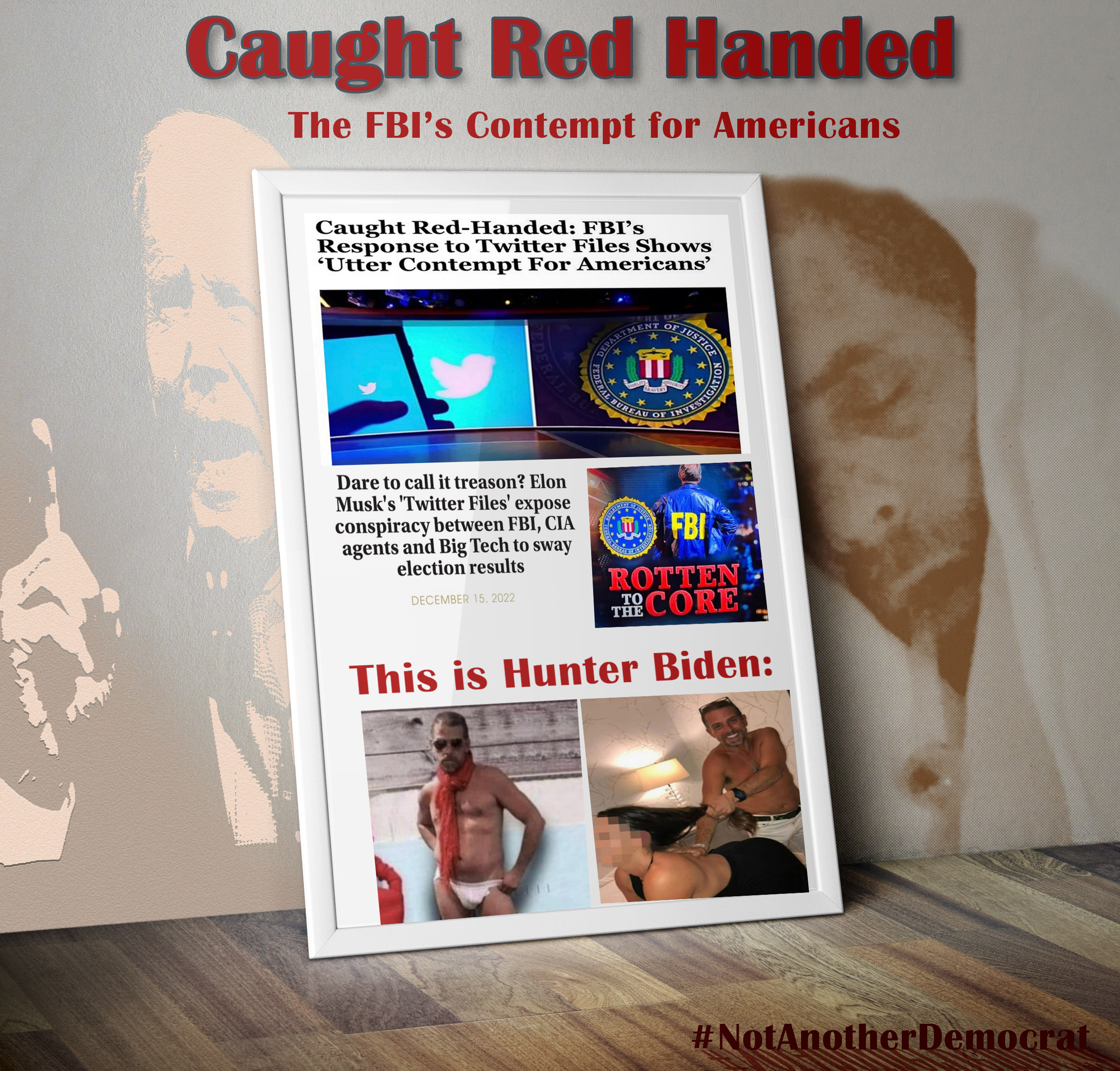 What the FBI did with regards to Twitter actually resembles an overseas “psychological operation” run by the CIA against a foreign adversary. It shows how the FBI was secretly working behind the scenes to defeat a sitting president of the United States and help his opponent, Joe Biden get elected by manipulating social media platforms like Twitter, Facebook and others.

Now, thanks to Elon Musk’s review of Twitter’s files, it is revealed that the FBI had a cell of special agents monitoring the platform’s users and directing Twitter employees to ban certain tweets and restrict their audience on the site through “shadow banning.” Elon Musk revealed that FBI Special Agents also demanded from Twitter the names and personal information regarding certain users, so that they could employ additional electronic surveillance on these individuals without court orders. 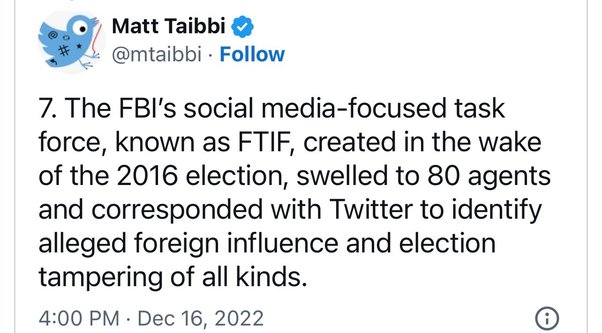 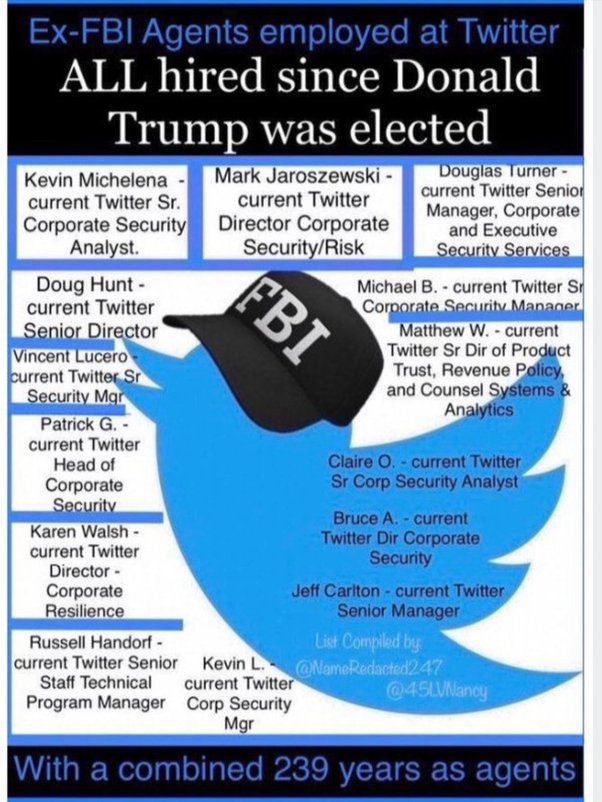 This means that Twitter had become a confidential informant of the FBI. So, where else are former FBI Special Agents working and helping their former colleagues who are directing them in covert domestic undercover operations. We now know that the Bureau’s covert operations at Twitter was to help throw an election through the suppression of information, specifically the Hunter Biden laptop from Hell story. 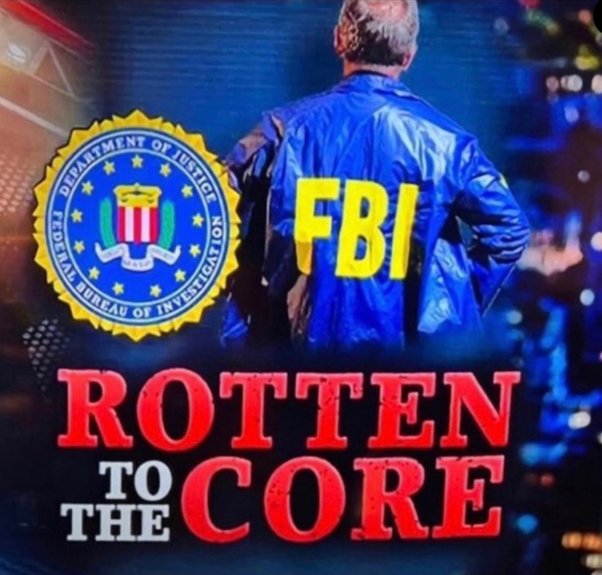 It is known that numerous reports are revealing that there were enough Biden voters that are now claiming that they would “have not” voted for “Biden” in 2020 if they knew the truth. This means that there were probably enough voters who would have voted for Donald Trump to change the outcome of that election had they known Joe Biden was “the big guy” who was to get a 10% cut of his son’s foreign payoffs from both Ukraine and China. 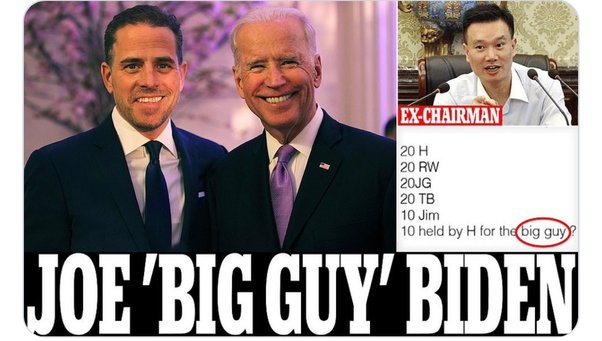 We are now witnessing the coverup phase of what the FBI, and other alphabet agencies like the CIA and others, did to influence the outcome of the 2020 election. We are also hearing the denials of “Nothing to see here” claims despite proof that government agents interfered with the First Amendment rights of the American public and not just on Twitter. 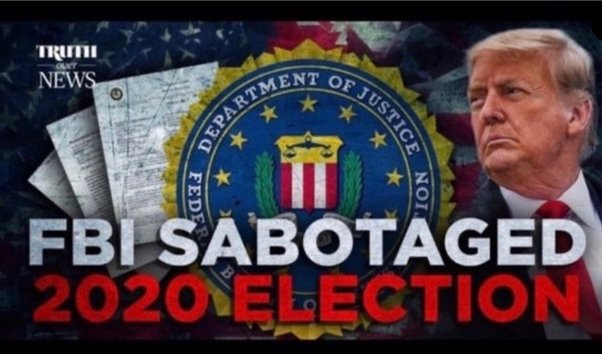 We are also learning that the FBI hasn’t changed from the days they spied on the Trump Campaign and those in his presidential staff once he was elected. This is exactly what the FBI did in Operation(s) Crossfire Hurricane, Crossfire Razor and MidYear Exam to bury the Hillary Clinton email and server scandal. 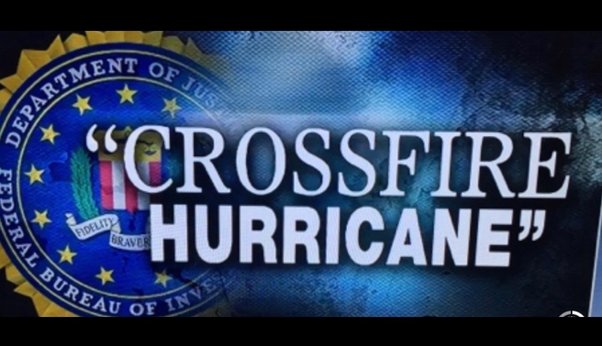 The FBI had “Hunter Biden Laptop from Hell” since December 2019 and they haven’t said a word about the status of that investigation. 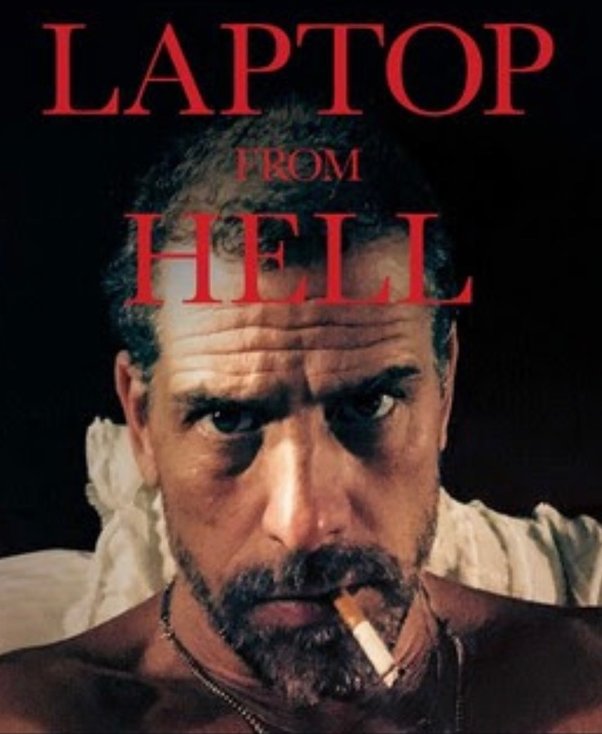 Now, a private 634-page report (with ten pages of footnotes) exposes six (6) alleged crimes committed by Joe Biden himself who is shown to be complicit in tax evasion, violated the Presidential Records Act, and used nonpublic information for financial gain through extortion and money laundering of US foreign aid money. 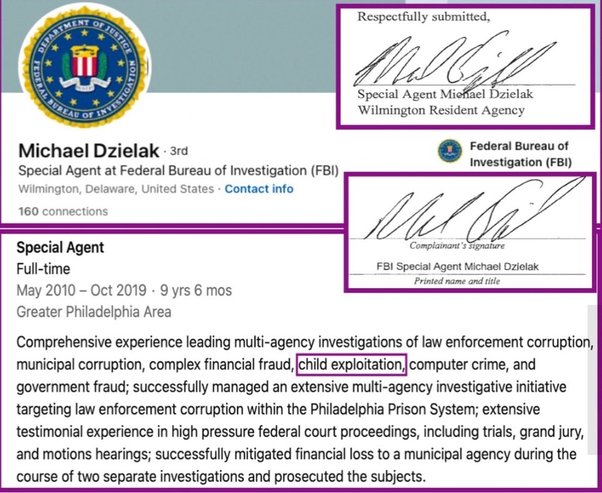 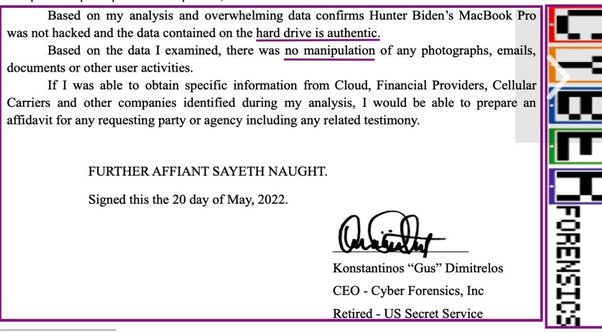 The report claims Joe Biden also ‘illegally utilized his private, alias email address’ under another pseudonym in a separate conversation with then Secretary of State Antony Blinken. The report alleges examples of tax evasion and violations of the Foreign Agents Registration Act (FARA) along with 459 crimes it alleges were committed by Hunter, including illegal foreign lobbying and money laundering. 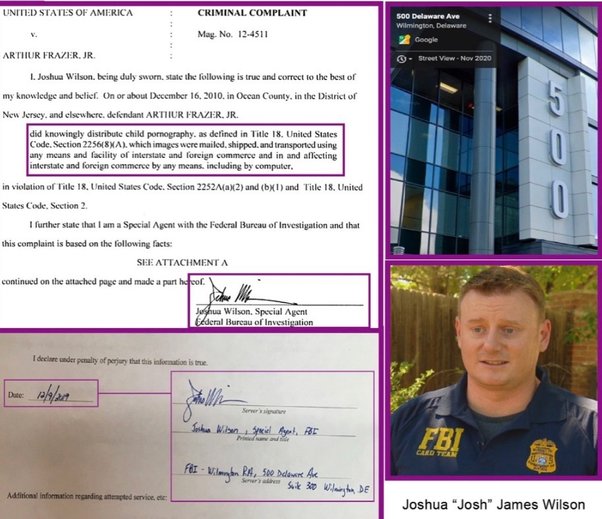 Now, what we have discovered is that the Democrats actually conducted a highly sophisticated CIA style of covert operation to throw an election and now being exposed for doing so. 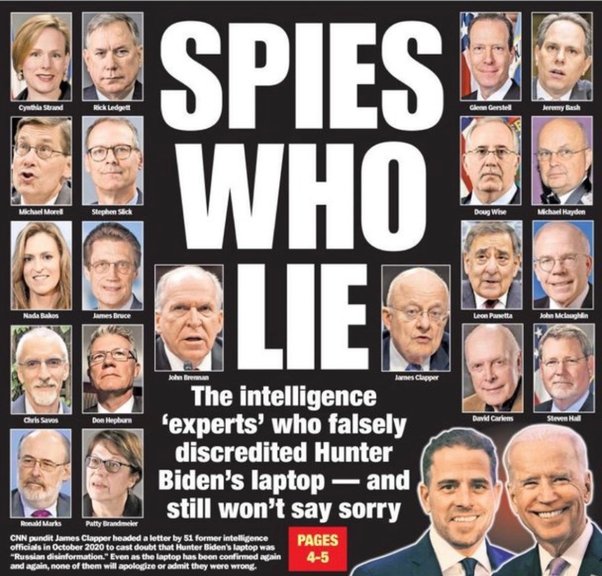 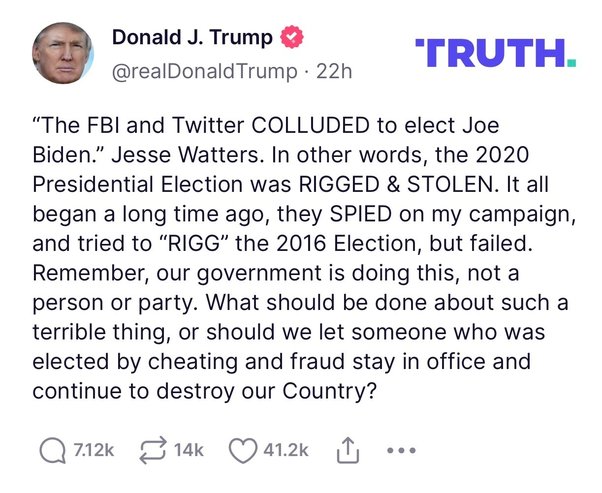 This is how American society breaks down and destroys itself from within. Is America the new Modern Day Roman Empire. 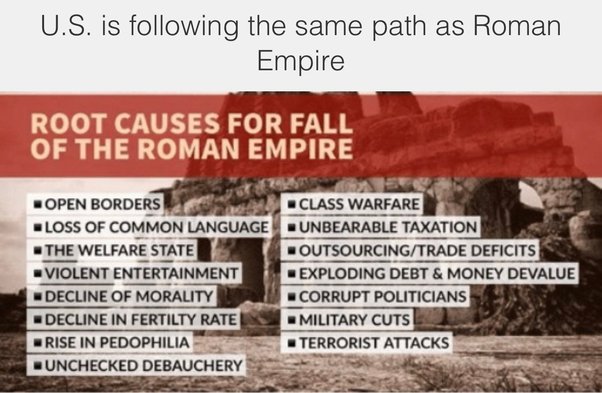 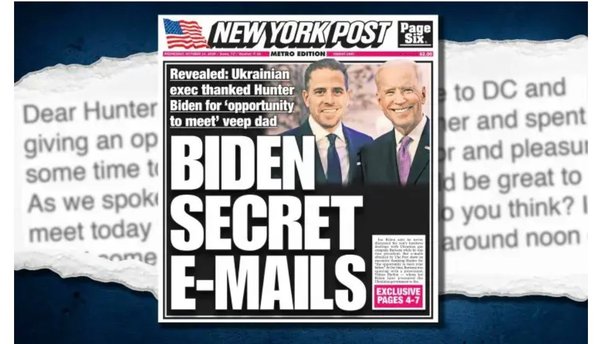 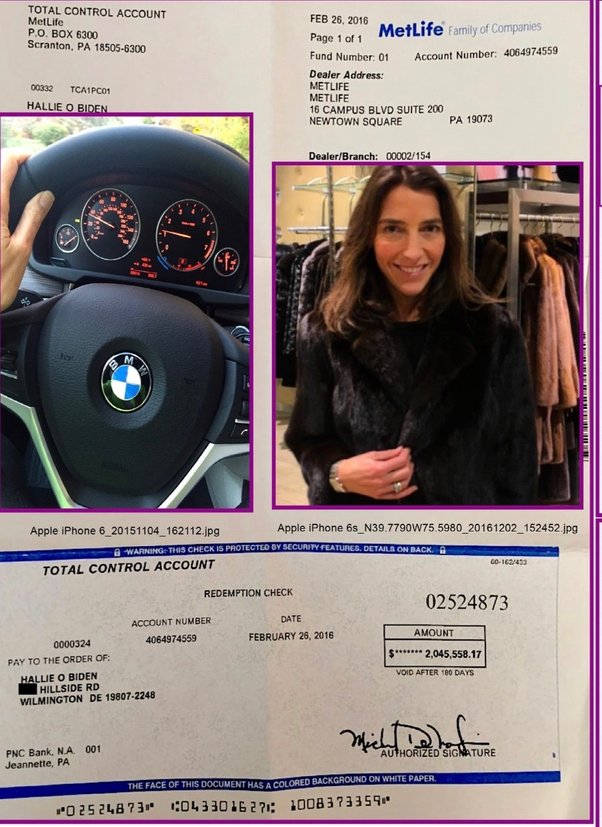 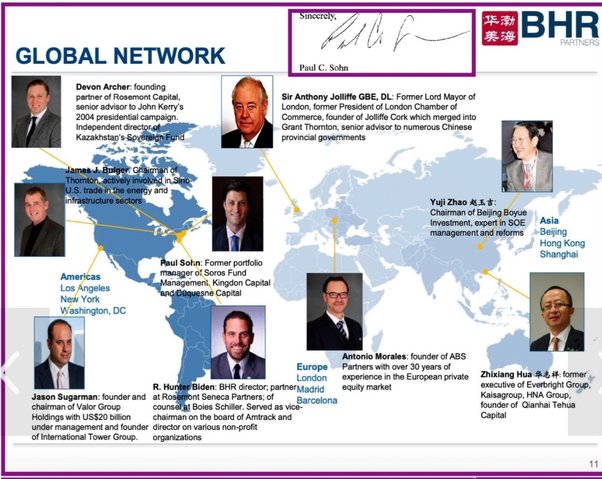 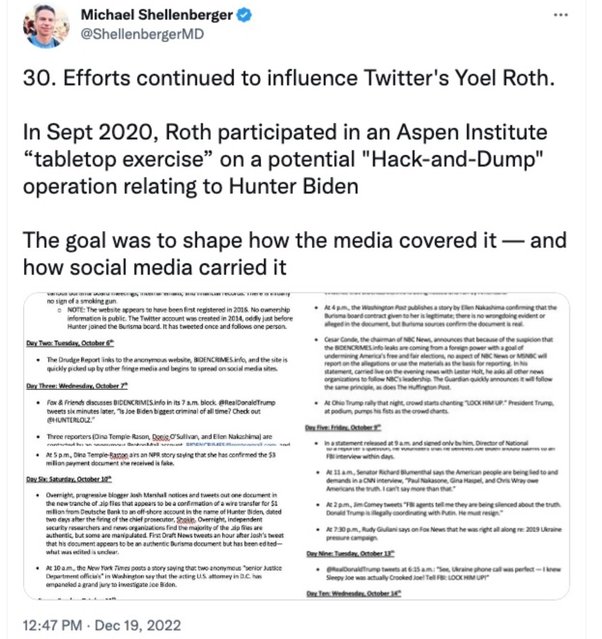 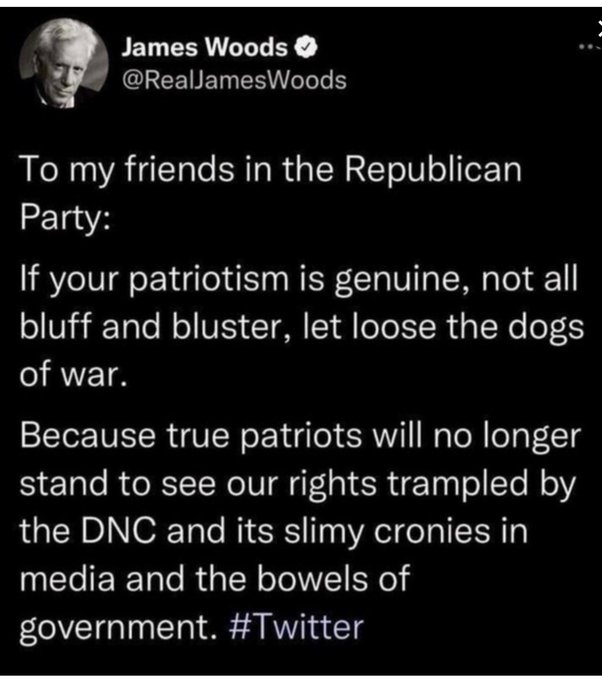 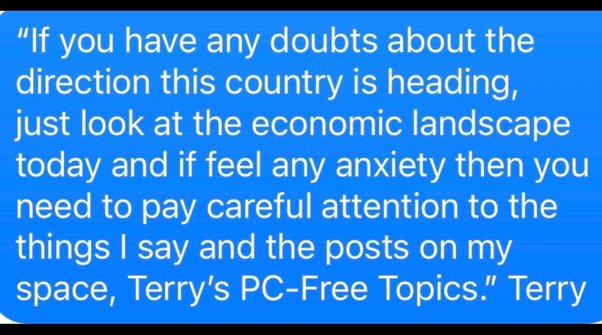 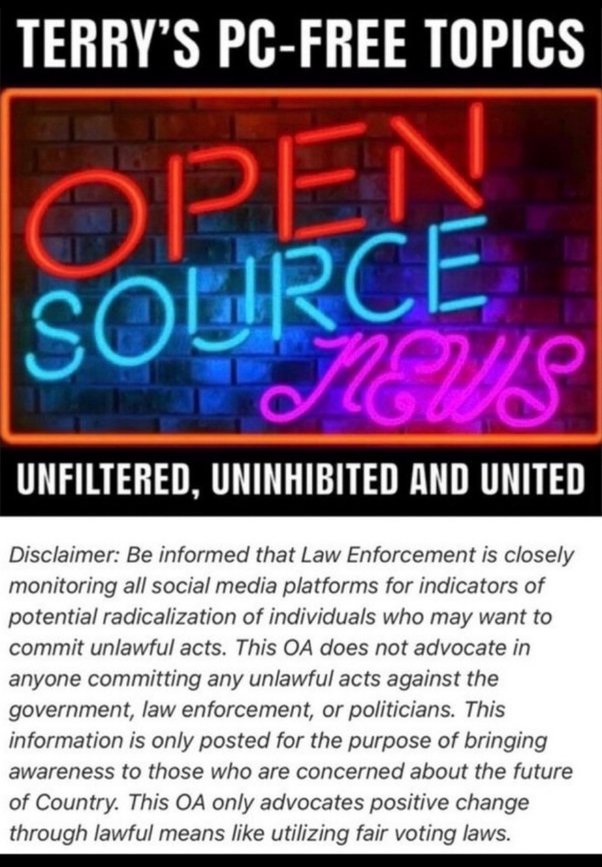